Following from Four Feather Falls, Supercar was the second Gerry Anderson show to use the Supermarionation technique. Based on the Czech style of marionette puppetry, Supermarionation was Gerry and Sylvia Anderson’s development of the technique to include synchronisation of puppet’s lip movements with pre-recorded dialogue.

Between 1961 and 1962, thirty-nine episodes were produced. Due to lack of funding and speed of production, Barry Gray had to produce music fast; he composed a series of ‘themes’ for locations, situation and characters. The main star of the show, the Super car, was given the heroic theme, whilst the rest of the score is at times whimsical and charming to support the dialogue and at others menacing when underlining the drama. The orchestra was comprised of forty instrumentalists and was conducted by Barry himself.

Barry Gray was amongst the first composers to use electronic instruments in music for television. One such instrument was the Ondes Martenot, used to produce otherworldly musical motifs and fragments and later to create electronic sound effects in his future score for Captain Scarlet and the Mysterons. Other shows he later used this instrument for include Doppelganger and Doctor Who films Dr Who and the Daleks and Daleks’ Invasion Earth 2150 AD.

On this album, the 20 themes featured create a coherent listening experience. They guide the listener through the music map of the show.

I caught up with Supercar later as I was a little too young when it first aired this is a great keepsake and I love the colour.

Liked very much actually, there are themes on it used in Gerrys other productions, UFO, Introducing Thunderbirds, other Thunderbird and Penelope stuff and some bars from the man from MI5' oh and Fab 1 on the road,there's also a version of the Vianese Waltz, not a bad mix really!

The LP was a good product and at the right price to have purchased & add to my record, cd,s & dvd,s collection

Amazing that there is a recordpressing of this music. Incredible but true. It is a pity that there isn't anymore Barry Gray music available on record. I wondered why the vinyl is yellow for Supercar is red, but that's not meant negative. I ordered it from The Netherlands and i received the package within one week! Fantastic work at the Anderson Store. Compliments. 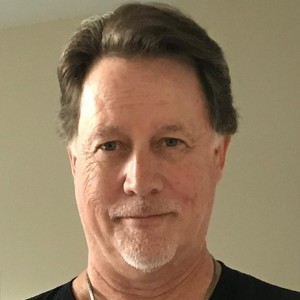 Growing up as a young kid Supercar was my entry into the wonderful world of Supermarionation. Fireball XL-5, Stingray, Thunderbirds, and more great shows followed. But for me, Supercar was the Gerry Anderson show that started it all. As a fan of music I was thrilled to find the show's music cue were now available on vinyl. Barry Gray's music is as iconic as Supercar. Looking forward to the vinyl releases of the music cues for Fireball XL-5, Stingray, and Thunderbirds. F-A-B. Or, as they used to say in Supercar, Full Boost Vertical.